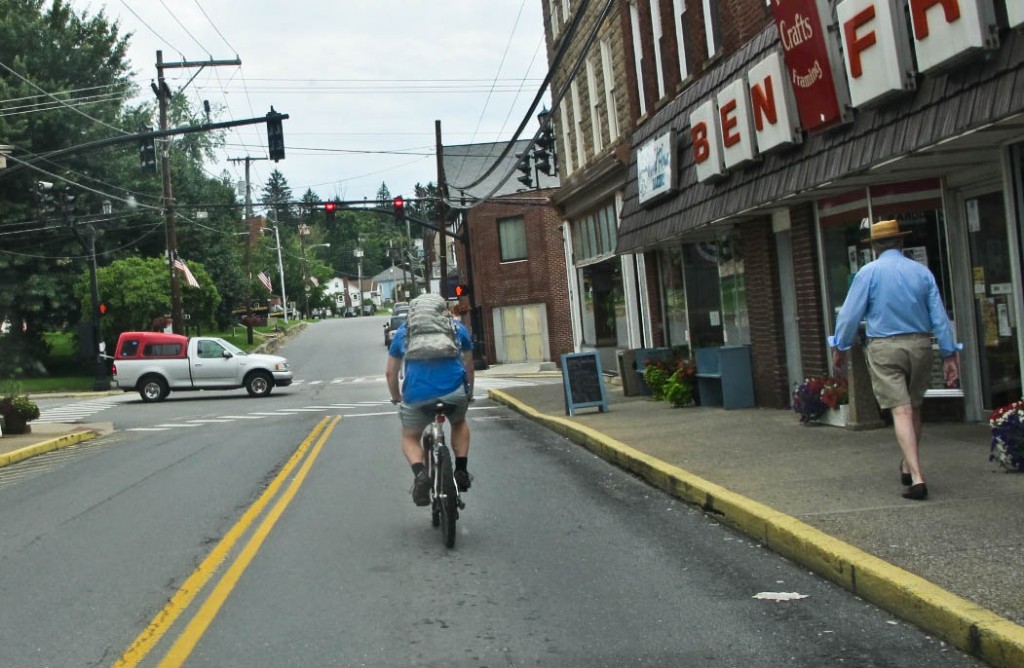 Small towns like Fayetteville may not need bike lanes, but encourage biking, hiking and walking with improvements like a trail system, bike racks and new or repaired sidewalks. Photo: Kate Long

“Complete streets” means that the community’s streets and/or rural roads are set up for bikes and pedestrians too, not just cars and trucks. Most people never heard the term “open streets” or “complete streets” policy. It means the community is adopting policies that make it easier for people to walk or ride bikes and therefore exercise more. Bike racks, bike lanes, crosswalks and sidewalks are all possible parts of a complete streets policy, for instance.

“Complete streets” means different things in different places. Small West Virginia towns may not need bike lanes, for instance, but most could use bike racks at places like the grocery store. Most could use more sidewalks. 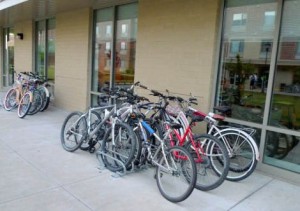 A “complete streets policy” commits a community to including bikes and pedestrians in its road development. People save money, exercise, and socialize more.  People on bikes and on foot talk with each other more often than people in cars do, research says.

Many West Virginia communities have adopted various components of a complete streets policy. The 2013 legislature passed a law that requires the Department of Transportation to consider biking, pedestrians, buses and ADA in their planning. “It’s a start,” said Kasey Russell, director of West Virginia Connecting Communities. “For a long time, the policy was: roads are for motorized vehicles, period. Now we’re recognizing bikes and walking as important ways to stay healthy, save money and keep down congestion.”

What kind of policy makes sense in your community?

To help you answer that question: 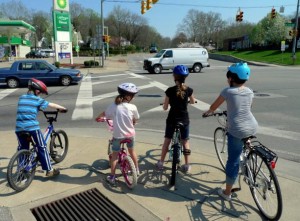 Well-marked intersections and crossings are important to a good open-streets program. Photo: Courtesy We Six

Here’s some research that shows how measures that promote biking can bring down a community’s obesity level:

Create a group to carry out complete streets measures. 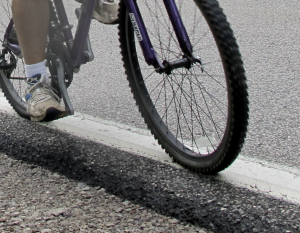 Have something to add ? Write it in “comments” below, with your contact info, in case we have questions.