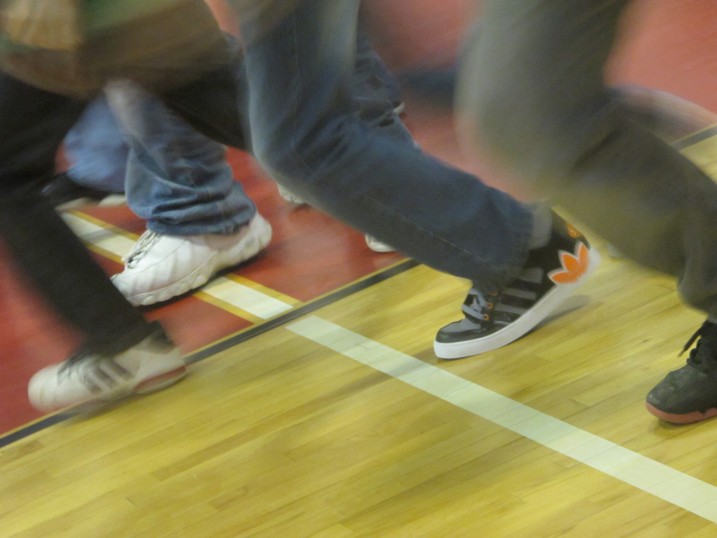 Students train for a 5K in the gym at Mingo County’s Lenore K-8. (photo, Kate Long) 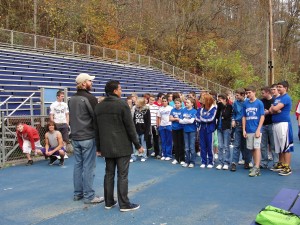 A Run-for-fun group is different from the track team. Any kid can join. It’s about getting fit and improving your personal best. Having fun running and working out with other kids.

A fact: Most schools are strapped for money. To have a run-for-the-love-of-it program at a school, you may need a community partner.

3. In 2012, the Mingo County Diabetes Coalition partnered with the schools to create a middle school walk-and-run-for-the-fun-of-it program. “Mingo has a high diabetes rate, with a lot of heart problems. We thought, if we teach kids to enjoy being active, that will help lower our diabetes rate in the long run,” said Vicki Lynn Hatfield, Coalition founder. 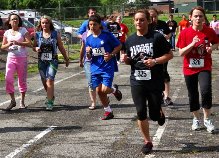 The main expense of such an in-school program is staff. The Diabetes Coalition helped staff the program. “We mainly had to jigger the schedule to make time for it,” said Lenore K-8 principal, Sabrina Runyon.

All middle-school students got pedometers from the Diabetes Coalition for a “10,000-steps-a-day” competition.  They formed in-school walking/ running groups then all the middle schools held a springtime 5K. Teachers ran too.

The school program spilled over into the community runs. The next year, more students ran in the community 5Ks, organizers say. The Tug Valley Road Runners hold a 5K every month, except January and February. “It’s great to see young people there,” said Alexis Batausa. “They started running at school, then want to keep it up.”

Want to start a run/walk-for-fun program at your schools? 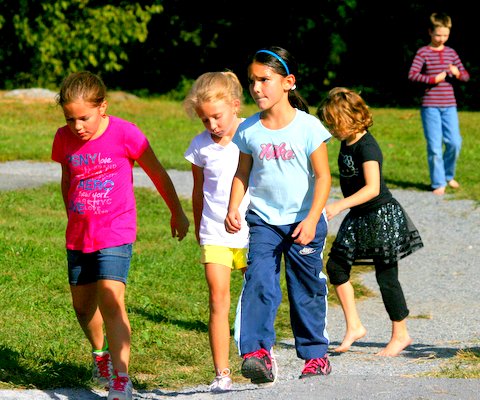 At some Jefferson County schools, students can take “trail time” breaks on the school fitness trail if they need to blow off some steam or stress. The trails are funded by proceeds of the Freedom’s Run races. (photo, courtesy Mark Cucuzzella)

Resources: They all say, “Make it fun.”

See related running/walking pages on the Try This site.