Get your river designated an official water trail. 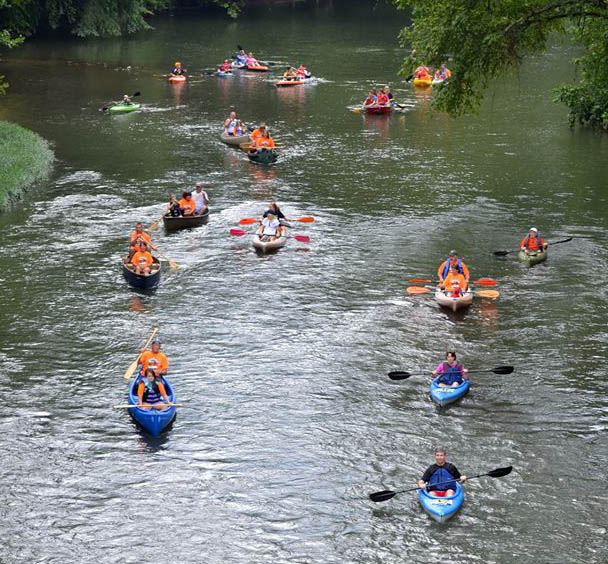 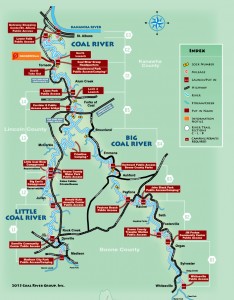 Under federal law, counties are eligible for federal Department of Transportation funding after their river is designated a water trail for recreation purposes.

Communities along the Coal, Cacapon, Cheat and Elk rivers have fulfilled the requirements to become official water trails access points to the river.  Portions of those rivers have been designated official WV water trails by the WV Recreational Trails Advisory Board, part of the state Dept of Transportation. That makes them eligible for more federal grants and makes it easier to move forward with other initiatives (See http://www.cheatriverwatertrail.org.).

In West Virginia, the WV Recreational Trails Program (RTP) administers the program for the  Federal Highway Administration (FHWA). The funds are authorized by the Safe Accountable Flexible Efficient Transportation Equity Act, which allows states to develop and maintain land and water recreational trails and trail-related facilities. The West Virginia Division of Highways administers the RTP. 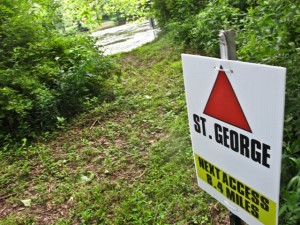 Water Trails are required to mark the trail and access points. This sign is on the Upper Cheat. Photo Kate Long

States develop their own method of soliciting and funding projects.  In West Virginia, a Recreational Trail Advisory Board (RTAB) reviews applications and makes recommendations to the Secretary of Transportation and the Governor.

West Virginia’s Advisory Board was named the best such state group in the nation in 2013 by American Trails organization. http://www.americantrails.org/awards/CRT13awards/West-Virginia-CRT-award-2013.html.

To get started working toward Water Trail designation: 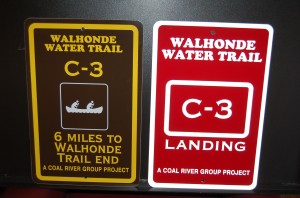 The Coal River Group had the required water signage made and installed along the Coal River.

These national groups can be helpful: 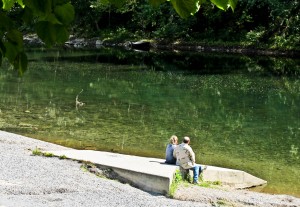 The ramp at the Ronceverte access point will help move the Greenbrier closer to Water Trail status. (Photo Kate Long)

Also see these Try This pages: Get people out on rivers and lakes, Create a watershed association, Open safe public access