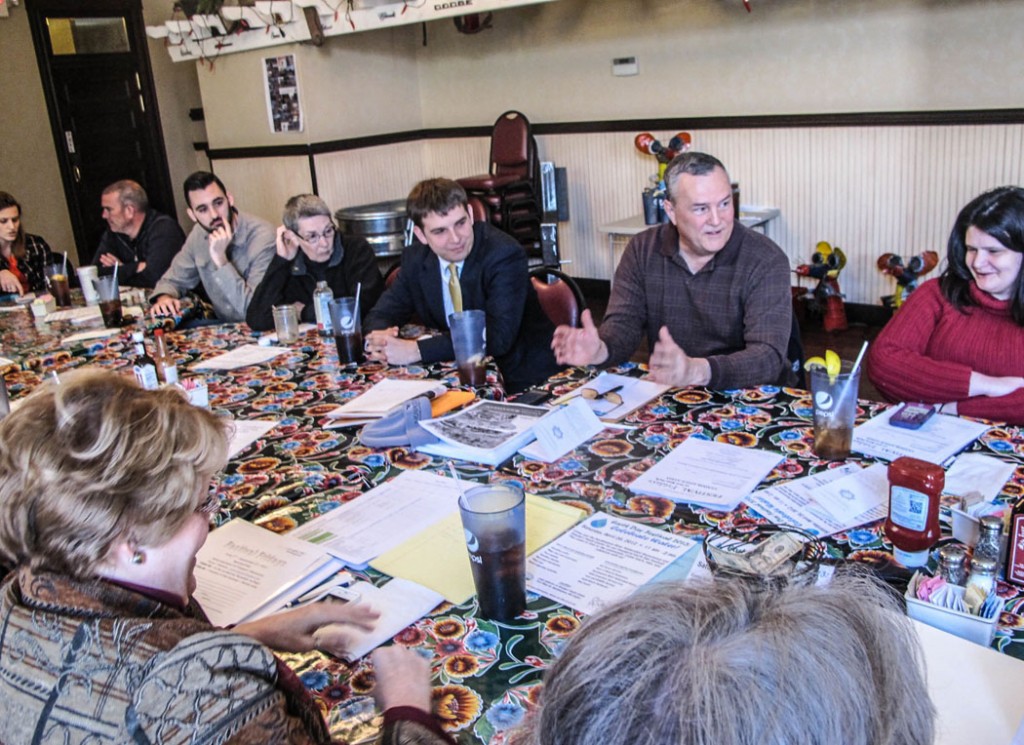 Facilitator C.J.Rylands, second from right, makes a point as Create Buckhannon discusses ways to make city streets safer for pedestrians and children. “We discuss whatever the group wants to bring up,” he said. Photo: Kate Long

Almost every Thursday since 2009,  Buckhannon residents have gathered at C.J. Maggie’s restaurant in Buckhannon for an affordable noon meal and a “Create Buckhannon” session. Anyone is welcome. As they eat, they plan ways to make their town healthier and more prosperous.  “We’ve had 60 people, and we’ve had four people at the meeting,” facilitator C.J. Rylands said. “We just keep meeting. That’s the important thing. Usually, it will be about 25.” 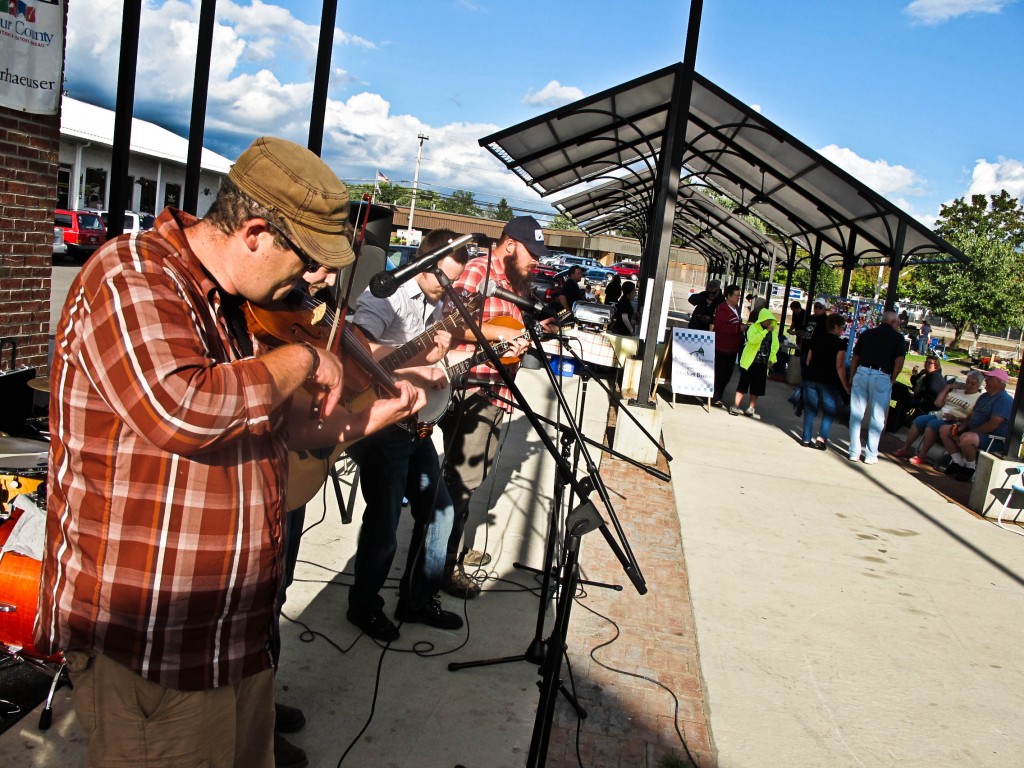 Create Buckhannon teamed up with the city and other civic organizations to create Jawbone Park and the farmers’ market shelter from a crumbling parking lot. Each Friday evening in warm weather, a band plays for Festival Fridays. Photo: Kate Long

“It’s a very satisfying process,” he said. “We’re just citizens, not an official group or a 501(c)3,” he said. But they have coordinated the creation of a park, a weekly summer music festival and market, a city plan, various downtown improvements and safe biking and walking routes, among other things.

Participant Steve Foster, of the Upshur County Development Authority, says they decided to start with a couple of small, easily-achieved things. “That way, you get a reputation as a group that gets things done. When people see results, they get really excited. And small steps led to later steps.

To participate, “you don’t have to be involved with every project,” he said. “Pick something that’s near and dear to you and find a group of people who share that interest, and maybe we can help make it happen.”

Many projects are proposed over lunch, Rylands said.  “Some go nowhere, but if there’s somebody who really cares about a project, they research it and report back, and maybe some other people join in, and we’ve got another project going,” he said.

The food is important, he said. “It draws people, and it creates an easy atmosphere. We’re breaking bread together, sharing ideas.”

People in Huntington meet each Thursday after work for “Chat ‘n’ Chew”. Over snacks and wine or cider, they talk about what they can do to make the community a better place to live. 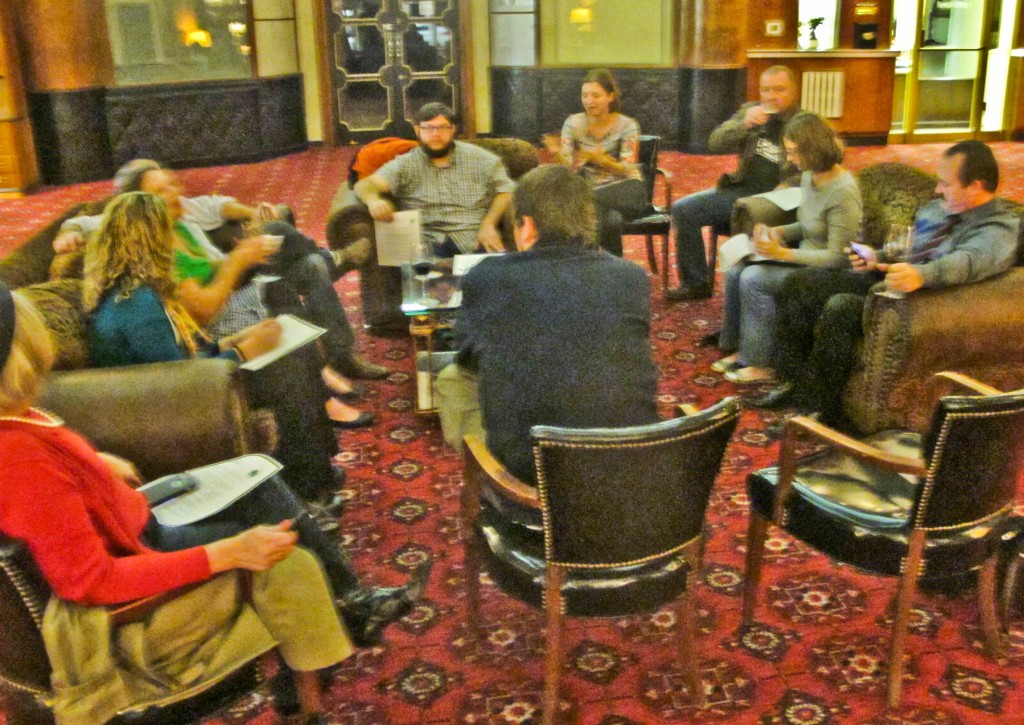 Chat ‘n’ Chew started in 2009. The conversations have led to a dog part, the West Virginia 5K race, a local foods distribution center, recycling clubs, an artwalk, Critical Mass bike rides, and a revitalized downtown area, among other things.

“It works,” said co-founder Tom McChesney. “Huntington didn’t have any place where people could have regular, great conversations about our community. Chat ‘n’ Chew changes that. It makes it a lot easier to get things going. And people are starting to see the possibilities. They’re starting to see the community’s assets.”

Chat ‘n’ Chew is one part of Create Huntington.

Want to start a community conversation in your community? 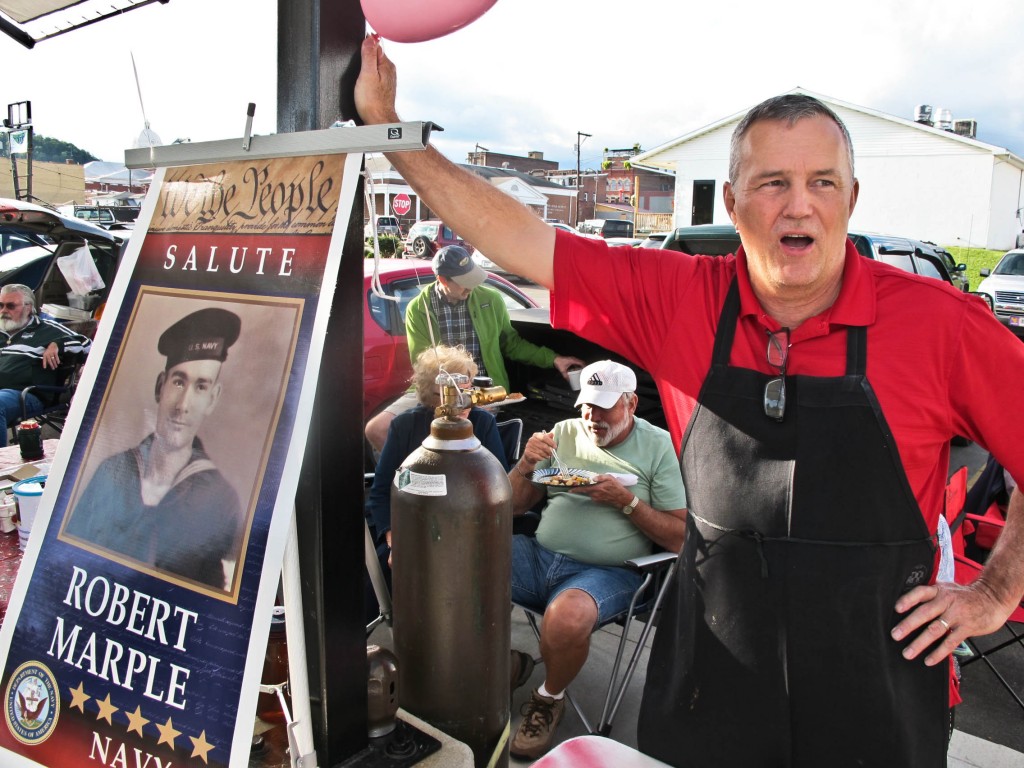 One reason Create Buckhannon succeeds: They are open to a wide range of community issues. Here, CJ Rylands sells healthy chili at a fundraiser while he advertises a project to honor the city’s veterans. Photo: Kate Long

“When we need an official group, we use the Redevelopment Authority or the health nonprofit,” Williamson’s Darrin McCormick      said. But both groups have Web sites and facebook pages. 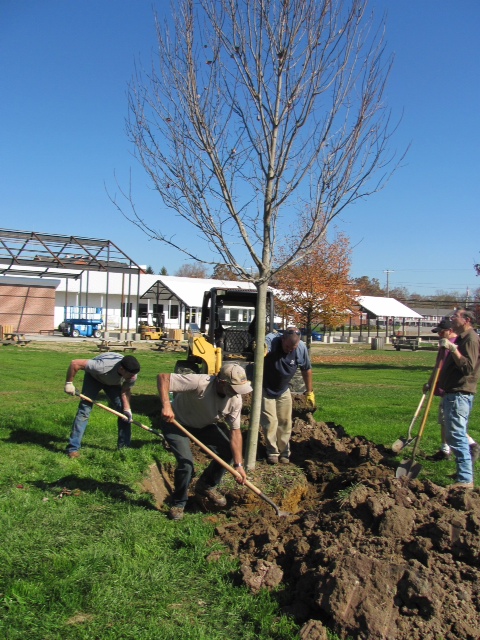