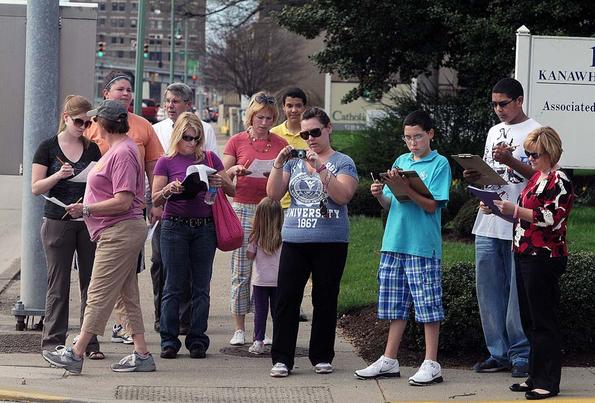 Charleston’s KEYS 4HealthyKids youth council did a walkability assessment on Charleston’s Kanawha Boulevard in 2013. They flunked the Boulevard for the difficulty in crossing and lack of bike lanes, both of which are included in the re-design Charleston is now considering. (Chris Dorst Photo courtesy The Charleston Gazette.) 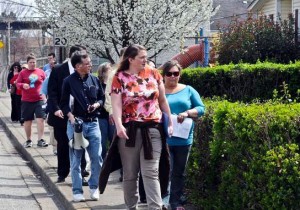 Kanawha-Charleston Health Department and others conducted a walkability assessment of the neighborhood surrounding Charleston’s Mary C. Snow West Side Elementary, resulting in a new “walkers” plan for the school. (Photo courtesy KEYS 4HealthyKids.)

In the picture above, kids are learning to evaluate the walkability of Charleston’s streets. They looked at sidewalk width, curbs, ease of crossing streets and behavior of drivers, among other things. Kanawha Boulevard got an “awful” rating. Their report was used in a Boulevard redesign.

A West Side audit near a new school resulted in crosswalks and other precautions. 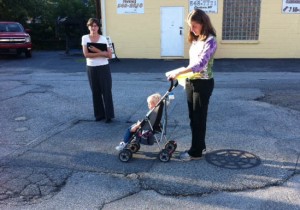 “Basically, you walk around the community listing features that make it easy and hard to walk, including things like sidewalks, crosswalks, hazards, and bike lanes,” said West Virginia University’s Dr. Ron Eck.

The survey gives you specific information for budget requests for sidewalks and other improvements, Eck said.  “Whether you’re asking city council to do something or applying for a grant, you need to be able to show you did your homework.” 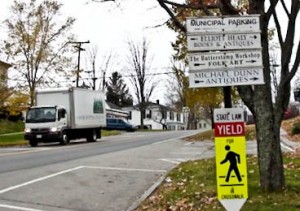 In Clendenin (population 1,200), volunteers walked the town center, using one of Dr. Eck’s checklists. “Once we’d located all the problem areas, we could say exactly what the needs are,” said Mary Grandon, assessment coordinator.  “It gave us an informed basis to ask city council for targeted help.”

“People can do their own study  if they have a good checklist and folks who understand the relationship between the built environment and walking,” Eck said. “In many WV communities, for instane, sidewalks are right up against the curb. There should be a couple of feet as a buffer. People aren’t used to looking for things like that.”

Eck and a colleague created a checklist for rural areas (see below). “Most checklists you find on the Internet would work well in Chicago or maybe Morgantown,” he said, “but most of West Virginia’s not like that. I wanted to also give rural people the idea that, hey, just because there’s no walking track near me, I can still walk.”

Click HERE for a conversation with Ron Eck about walkability studies.

First, check out these excellent Web sites and reports:

Partnership for a Walkable America: https://www.fhwa.dot.gov/publications/research/safety/pedbike/issues/pedwlk.htm

Interested in the impact walkability can have on real estate values?  http://www.cnbc.com/id/101766206

See these Try This pages: 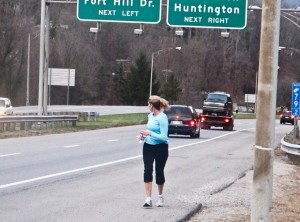