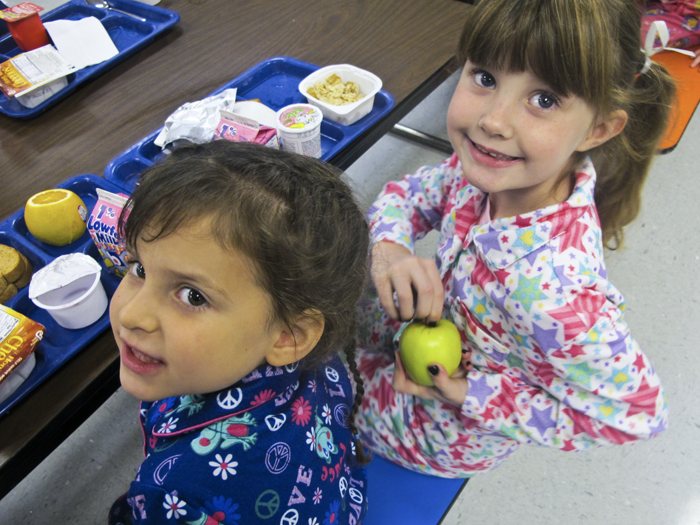 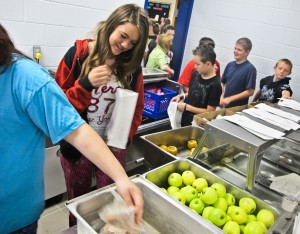 West Virginia now has the highest percentage of children in the nation who eat school breakfast.

Check out this national video featuring the state!

This is great news for several reasons: Children who routinely eat a healthy breakfast are less likely to become obese. They can also concentrate better, behave better and, as a group, have higher academic achievement, research shows.  “Hungry kids can’t concentrate,” said Rick Goff, director of the WV Office of Child Nutrition, “and unfortunately, we have a high number of kids who wouldn’t get breakfast if they couldn’t get it at school.”

“We’ve had far fewer discipline problems and less tardiness and truancy since this program started,” said principal Dora Chafin at Mingo County’s Kermit K-8. “When kids are hungry, they don’t concentrate and they are likely to act out.” 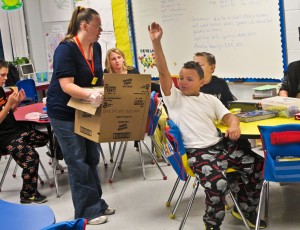 Fifth-graders at Kermit K-8 are served breakfast in their classroom, a third way of delivering breakfast to all kids. “It’s not as disruptive as it would be if we went to the cafeteria,” their teacher said. “We can get settled, then the kids eat, and I don’t have kids preoccupied with being hungry anymore.” Photo: Kate Long

Traditionally, West Virginia schools offered breakfast before class starts.  Health experts say that is one of the worst times to offer it. Many children are just getting off the bus, they’re sleepy, and they want to socialize. The Healthy Hunger-free Kids Act now requires all West Virginia schools to offer breakfast at at least one different time and in at least one different way. Schools can offer “Grab and Go” breakfast sacks or breakfast in the classroom after first period.

“Principals who have been doing it awhile say they have fewer disciplinary problems, and children are paying more attention in class, because they aren’t hungry,” Goff said.

“We’re moving in the right direction, but we need help from parents,” said state Office of Child Nutrition nutrition director, Kristi Blower.  Schools can still serve Super Doughnuts and pancakes and syrup. “We’re trying to convince them not to do that,” Blower said. “But we can’t be out there at all the schools. We depend on parents to keep an eye on that.”

Want to help make sure your schools serve nutritious meals? 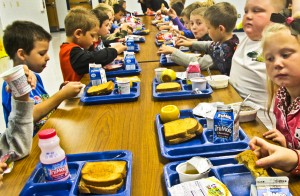 The younger kids at Kermit K-8 eat in the cafeteria, the original way of delivering breakfast. “We’ve had a big drop in discipline problems since we started this, and our absences are way down,” said Kay Maynard who oversees nutrition programs for Mingo County Schools. Photo: Kate Long