Every month, a 5K for fun 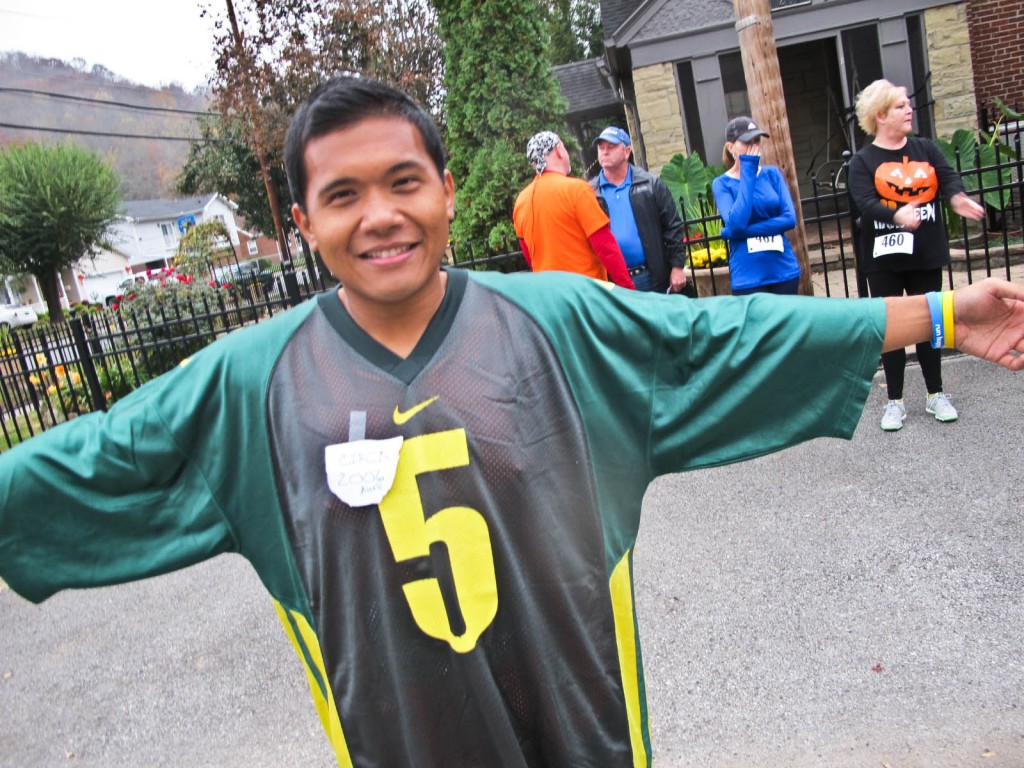 Alexis Batausa organizes monthly 5K walk/runs for the Diabetes Coalition and Tug Valley Road Runners. “We’re making it easy for people to develop a habit,” he said. He also sparks a Thursday night runners group and keeps up a facebook page where he announces daily runs and keeps up encouraging chatter. He’s wearing a jersey he bought before he lost more than a hundred pounds through running. “He’s a living advertisement,” said diabetes coalition director Jenny Hudson. 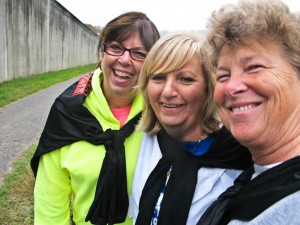 These three retired schoolteachers started walking together as part of the Diabetes Coalition’s “Walk to LA” lunchtime challenge walk in 2011. After it was over, “we just kept walking,” including monthly 5Ks, said Dry Simpkins.

“But not many local people ran, and it didn’t do much to encourage local people to run year-round,” said Vicki Lynn Hatfield, founder of the Mingo County Diabetes Coalition.

Then in 2010, the Diabetes Coalition hired Alexis Batausa. He teamed up with the Tug Valley Road Runners to organize a 5K “fun run” every month for local people, in addition to the big runs.

“If there’s a 5K every month, people get motivated to run between races, so they can try to break their personal record the next month,” Batausa said. “Events once or twice a year don’t do that.”

Batausa grew up in the area. He used to weigh more than 300 pounds. By 2012, he was down to around 170 pounds, running every day. “He’s a walking advertisement for what running can do,” said Vicki Lynn Hatfield, founder of the Diabetes Coalition.

They give their monthly runs a theme, “to make it fun,” Batausa said. “You can walk, run or roll, whatever you want to do.”

About 25 people participated in the first local 5K. “Don’t expect a big turnout at first. Just start doing it. People will see it and hear about it and join,” Batausa advises. Now, between 120 and 130 people run each month. In September 2014, they had 400!

To encourage people to run inbetween races, Batausa leads daily runs. He keeps up the Tug Valley Road Runners facebook page with a steady stream of inspirational chatter, mentioning people who are running, telling where and when the next daily run will start. 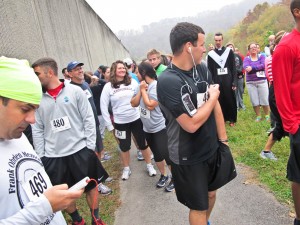 People line up beside the Williamson flood wall for the start of the October monthly run, some in costumes.

“They often run through Williamson,” Hatfield said. “We want people around here to get used to seeing people running. We wanted to make it normal, so it’s not weird to be running or walking.”

They organized a 5K walk/run program in the public schools (a collaboration between the schools and Diabetes Association). “These kids are not going to grow up thinking running is weird,” Batausa said.

“We make it fun,” Hatfield said.  “It’s another way to get used to walking. Then when it’s over, a lot of people don’t want to quit, so they come to the 5K walks.”

Now, when the the big Hatfield-McCoy 5K rolls around, a lot of local people run. “A lot of them came out for the monthly 5Ks and the Tuesday night training, so now they’re in shape to run the bigger races,” Batausa said.

Want to get regular events going, to help people build an exercise habit? 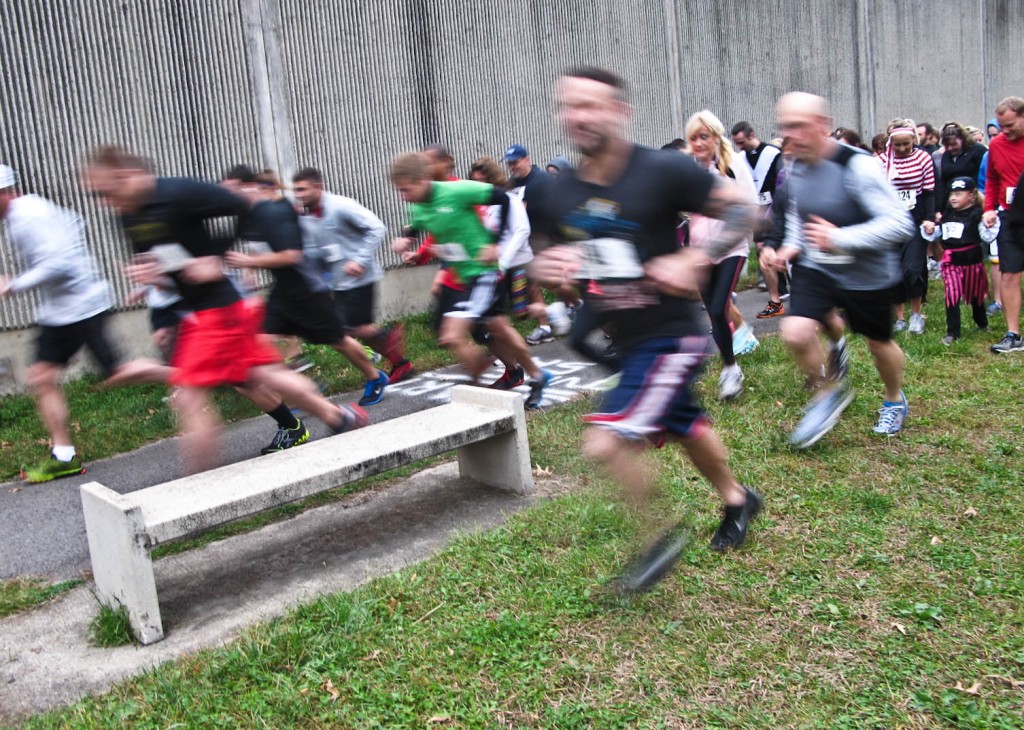 The monthly 5Ks follow a different route each month. This one took runners and walkers through West Williamson, over the bridge and up through the cemetery. The Tug Valley Road Runners have mapped a variety of interesting runs in Williamson.

See these related Try This pages: all running and trail pages.