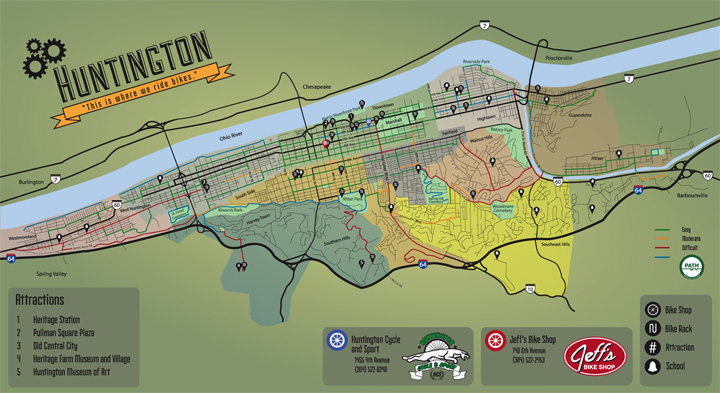 A Huntington biking committee researched this map by riding all the routes. 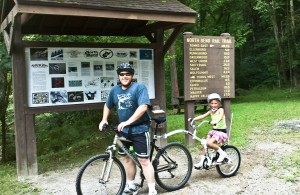 The Mid-Ohio Valley Health Department got funding to connect the biking/hiking trails in six counties and put up signs and maps that provide valuable information. (Photo courtesy MOVHD)

Huntington city planner Breanna Shell wants to make Huntington a Biking city with a capital B. She decided bike commuters – including her – should have an easily-available map of the friendliest, safest bike routes. “It’s important for the map to show roads that have wider lanes and less traffic, good surfaces,” she told WV Public Radio. She wanted people to know that, “although it may not be marked as a bike lane, this is a totally comfortable ride.” 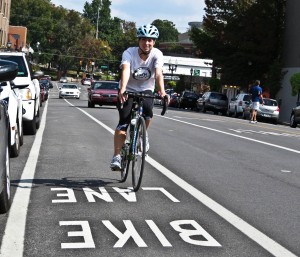 She and other bike commuters banded together and created the Huntington Commuter Bike Map Project. They met almost a year and rode all over town, scoping out the rides.  They looked at the traffic patterns, road shoulders, crosswalks, bike racks, all the things that make for a bike-friendly ride.

Morgantown – certified as a bike-friendly community – had already completed the process. Their bike map is on the Morgantown city Web site at http://bikemorgantown.com/route_map.php.

“Any town could do this,” she said.  Their map goes beyond the city limits to show good biking commuter routes into town. “It’s a small thing,” she said, “but it can make the difference between somebody riding their car into town every day or saying, ‘OK, I can ride my bike.’”

When they hand the safe bike commuting map to companies or families considering relocating to the area, “it’s a plus,” she said. “It says we care about healthy lifestyles.”

Your community could do it too.

First, here’s some good advice for people who want to commute to work by bike:

* A Beginner’s Guide to Biking to Work: http://www.sparkpeople.com/resource/fitness_articles.asp?id=1627 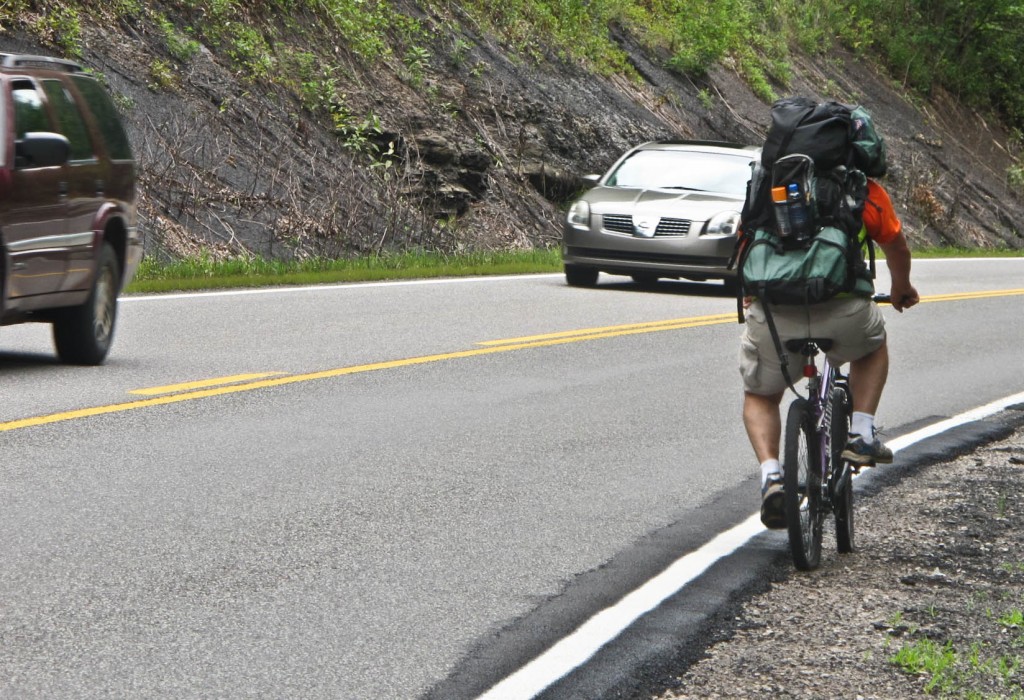 Biking to work improves health an saves money, but without bike lanes, road biking is difficult and dangerous in many areas. (Photo, Kate Long)