Paddle and row the rivers and lakes 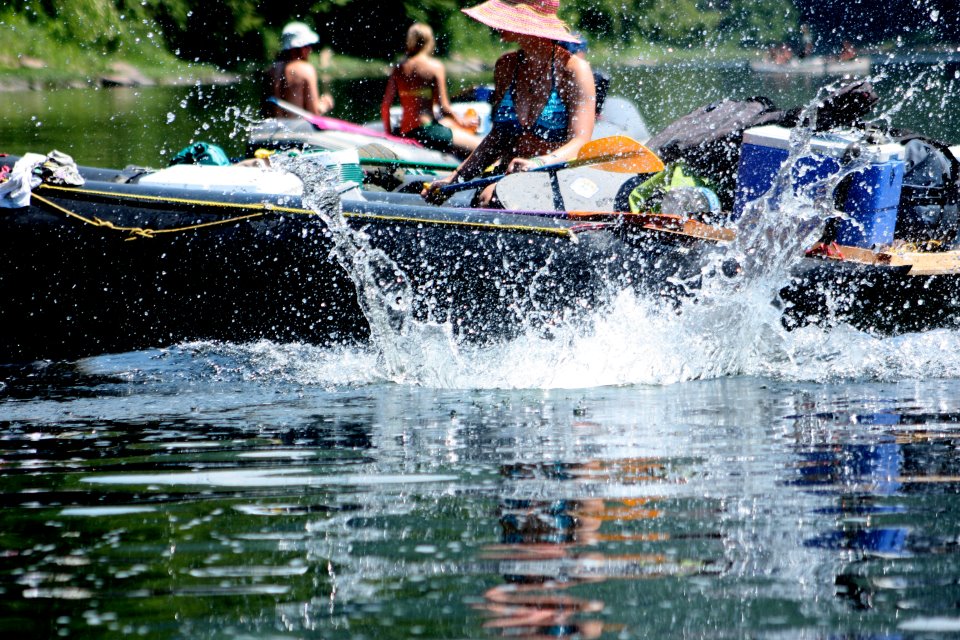 Many community leaders are recognizing that when they make it easier for people to get on the river, they are promoting both health and economic development. (Photo, Donnie Riggs) 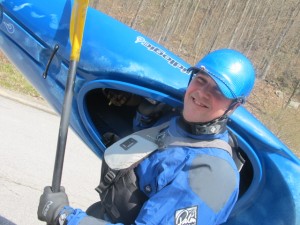 Brent Samples of Charleston, about to hit the New River on a weekend paddle trip organized by the West Virginia Wildwater Association. Photo: Kate Long

“West Virginia has beautiful rivers, and I’ve got grandparents on both sides who died of heart disease, so I’m determined not to get it,” Brent Samples of Charleston said. Among other things, he hits West Virginia rivers with his kayak whenever he can.

Samples is not alone in his enthusiasm for paddling. West Virginia has some of the best paddling in the East, and it’s great exercise. In June 2013, when the nonprofit Coal River Group hosted a party, the Tour de Coal, 600 paddlers showed up with more than 400 kayaks and canoes.

The Outdoor Industry Foundation tracks the popularity of bicycling, hiking, skiing, kayaking and 18 other recreational activities. According to their numbers, kayaking has more than doubled in popularity since 1998, particularly among young people.

But any community that develops paddling – canoeing and kayaking – is helping residents stay fit and also promoting an economic development tool.

Do you live near a river people can paddle? Here are ways to make it easier for them to do that: 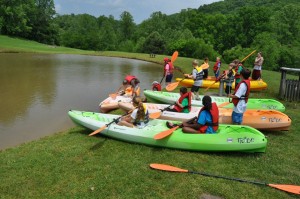 Kids’ paddling classes build the chance that the next generation will be on the river. Photo courtesy Coal River Group.

Rowing/sculling isn’t widespread in West Virginia, but it’s great exercise, alone or in a group. As many as eight people can row or scull in a shell.

The sport provides low-impact, full-body exercise, and West Virginia’s lakes and calm rivers are ideally set up for team or individual rowing, but the boats are expensive, and the sport is rare.

WVU scullers pull hard on the Monongahela River, urged on via bullhorn from the coaches boat. Photo: Kate Long

People can join sculling/rowing clubs in Parkersburg, Morgantown and Charleston.  They can also go for an old-fashioned rowboat.

Want to get sculling or rowing started in/near your community?