Create or grow a running/walking group 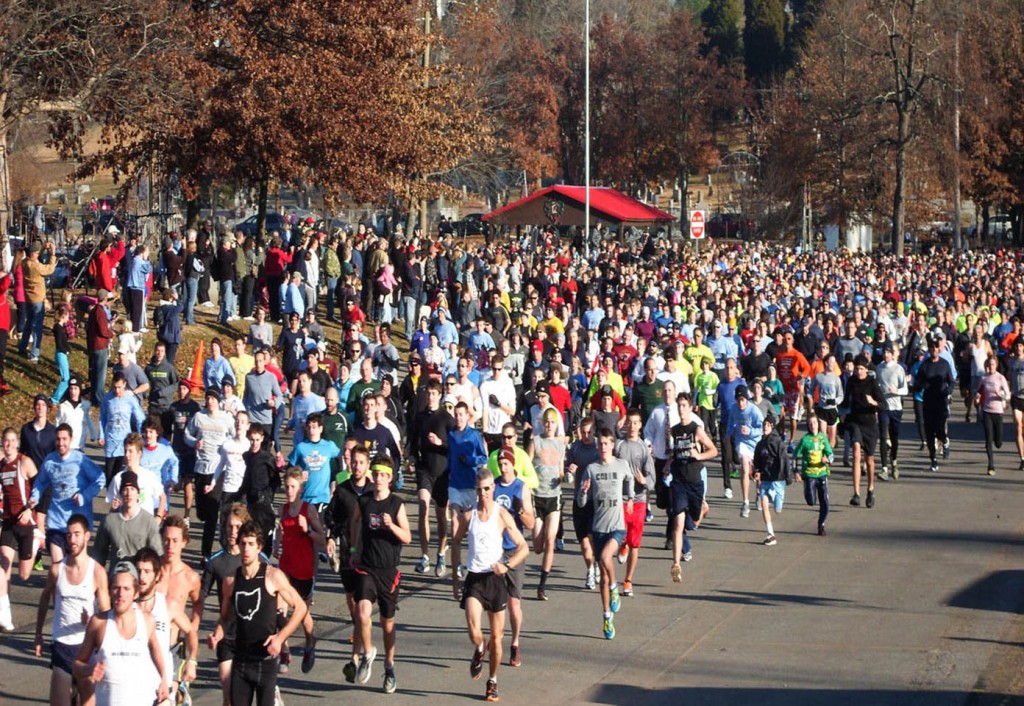 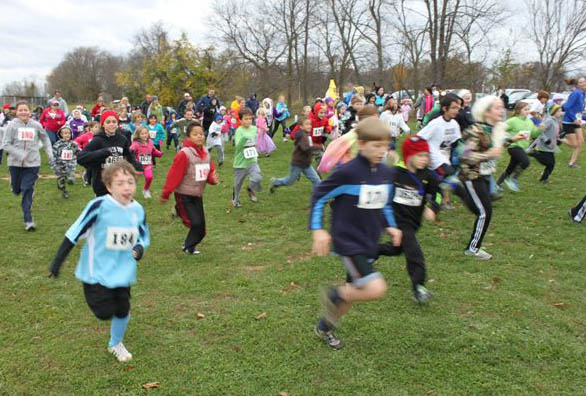 When the Shepherdstown adult runners have a run for grownups, they often pair it with a kids’ event. “The kids events are mostly for fun,” said Dr. Mark Cucuzzella. “We want the kids to learn to love running and associate it with a good time and good health.” Photo courtesy Mark Cucuzzella

After 20 years, the club is still volunteer-run. Each board member directs at least one event.  They have organized running clubs in all high schools.

“We wanted to make running part of the culture here, and you can’t do that if you just have a few events a year,” said Sharon Marks, longtime board member. “You need to build something that’s there for people week after week.”

“It’s great to attract people from out-of-town to your events, and we do that,” she said, “but our main focus has always been the people who live here, helping them run and walk and get fit from week to week.”

The group posts daily runs.  “This not a clubby, exclusive group,” Marks said. “We never say, “Oh, you don’t look like you can run with us.” If you fall behind on a daily run, we’ll come back and get you.” 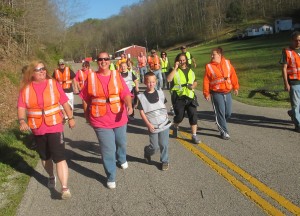 Women of the Lincoln County’s Mud River Volunteer Fire Department had no track, gym or nearby grocery. But they dramatically improved their health by forming their own group, walking every day and working out at the fire station to exercise videos. “Our doctors told us we needed to do something, and.we just decided OK, we’re going to do it,” said group member Melisa Ferrell. In six months, they lost an average of 70 pounds apiece. (Photo: Kate Long)

Regular club events answer the teenage complaint of “nothing to do,” she said. “We have a blast.”

Read the rest of the Sharon Marks interview here.

Groups in other WV communities are growing fast:

Want to start or expand a running/walking club?

Here’s step-by-step advice from people who are already doing it:

With a few thousand in seed money from West Virginia on the Move, Gilmer County created Gilmer on the Move, which is still going. “We want to make exercise visible, so people see it as just part of what we do,” he said. “When it hasn’t been that way, you have to do it deliberately.” Here, racers run through the middle of Glenville. Photo courtesy Nancy Tompkins

Parkersburg’s River City Runners and Walkers holds at least one children’s event each time they have an adult event. Children get a T-shirt at the first one, and an iron-on star for all afterwards. At the end of the year, if they have four stars, they come to a childrens’ party at the Y. Photo: Kate Long

Some clubs are active every week, others less so. Most West Virginia clubs are affiliates of the Road Runners Clubs of America. It’s an easy way to get started: www.rrca.org.

Who did we miss?

If you know of a running group that isn’t listed here, please write the info into the comments section at the bottom of this page. 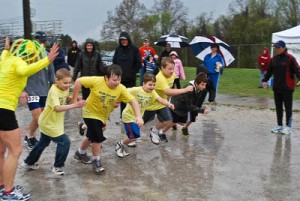 Kids who like to run will run under just about any circumstances. Photo courtesy River City Runners and Walkers.

There is no statewide running group, and nobody is keeping a complete calendar of runs, but many of the groups listed above have regional calendars.  Also see bike stores.  The following calendars carry listings from groups that sign up:

Find out who is involved in acquiring land rights for trails, running and hiking.  See Charleston’s Land Trust plan for some great idea about what your community can do.

Looking for funding for your group? See $$$ page and the Try This minigrants page.